Foldalbruket is a fish factory which has been granted protected heritage status by the Directorate for Cultural Heritage since 1994. The original name was Nils Foldal as, and has its traditions dating back to the early 1900s. The factory produced stockfish, salted fish and cod liver oil. The factory exported their goods to markets in Africa and Europe. Until 1959 the coastal steamer Hurtigruten had its port of call at Foldalbruket. 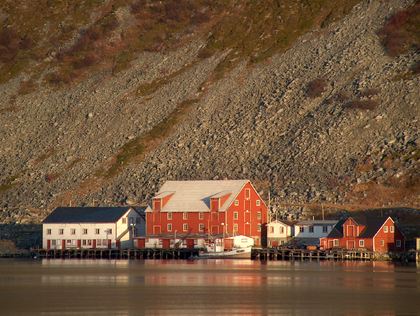